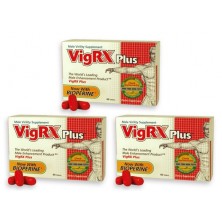 New
VigRX Plus Special
We are the Appointed Singapore Distributor for VigRX Plus.   Vigrx Plus Many peopl..
SGD 318.00 SGD 239.00
Add to Cart
Add to Wish List
Add to Compare 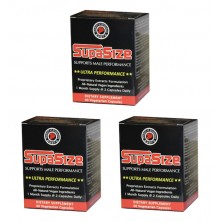 New
SupaSize 2021 Special
Engorge your Penis for maximum size and hardness.  Extend your Stamina to bring her to MUL..
SGD 255.00 SGD 200.00
Add to Cart
Add to Wish List
Add to Compare 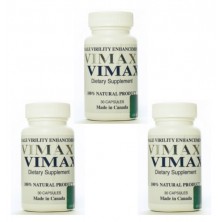 New
Vimax Special
We are the Appointed Singapore Distributor for Vimax.   Vimax is the most pop..
SGD 285.00 SGD 215.00
Add to Cart
Add to Wish List
Add to Compare 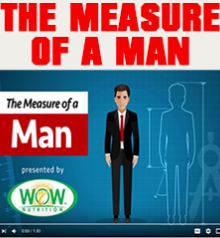 Change in the inside, attract on the outside

A while back there was an article on how players used ‘inner game’ in order to attract women. While we believe in ethical dating and being honest, we also believe in changing lives. Therefore, we wondered how a person could reconcile being honest with having a good inner game. That was until we met Jerome.

Jerome (not his real name) is a typical ‘nice guy’ type who has a normal job and average looking face. However, he has had the opportunity to sleep with attract women almost every week without fail. At first, he took the opportunity to do so but after a few months decided to settle down with one and now rejects most opportunities to sleep around and has decided to be faithful to his current mate. We wanted to know his secret so we decided to talk to him.

WOW: Hi Jerome, thanks for taking your time to talk to us. We understand your schedule is quite crammed

Jerome: Hey guys, no problem. I prefer to be busy all the time – an idle mind is the devil’s workshop as they say.

So you basically were sort of a social recluse during your younger days?

Not really – I was a gamer though, spent hours holed up in my room playing games more than anything. I didn’t have any goal in life or any desire to improve. I was miserable, basically . I wanted a lot of things but didn’t know how to get them.

Especially in the area of dating and women?

Yeah, I think that was the worst part. I wanted to get attached, but I did not know how to go about doing it.  There was so much failure when I tried to contact women, try and pick them up and most of the time, I ended up paying loads of money for dates but not getting the results I wanted. It frustrated the hell out of me.

I spent time with a lot of smooth talkers and players trying to learn their secrets. However at the end of the day, I didn’t want to manufacture my dating experiences, nor did I want to end up being an unethical person who conned women into bed. I basically studied what they did right, threw out all the unethical, immoral and downright wrong practices they had, and kept what was good.

What do you mean by ‘ethical and immoral?’

For example, a lot of pickup artists use what is called ‘negging’ to insult or put down a woman so she will find you amusing and want to get to know you more. It doesn’t work, trust me. Unless it’s like a minor tease, putting her down will only result in two things – One, you get a slap and she walks off, Two, you will attract a woman with issues, and that’s the last thing you’ll want.

Sometimes pickup artists also lie and exaggerate their value in order to bring a woman to bed. It may be successful but you’ll never be happy with this woman if you wish to continue the relationship. Moreover, the kind of women you’ll be attracting are shallow types you would be bored to tears with...unless you are shallow yourself.

So what would you define as good inner game?

You working on yourself. Gandhi once said: “Be the change you wish to see in the world.” If you want to have attractive, sane women with fun personalities around you, change your life. Work on yourself. Become positive, spend time in healthy activities, enjoy going places for the sake of the activity, not who you will meet. For example, there are men out there who go to a bar or club to meet women.

But do they like the bar or club? No, they absolutely hate it. Some would rather be at a gym or volunteering at a senior’s home. Then go ahead and go to the gym or the senior’s home. DO NOT think of getting attached or laid, but think of how you will enjoy the process there. The attraction, the women will come but first, you need to make sure you yourself are not needy, doing things just to please her or taking up hobbies or causes you hate to get her to like you.

But what about how to talk, how to have conversations, and pick up lines?

(laughs) Are you serious? Like I said earlier, all this is manufactured. You see, when you are around people who have similar interests to you, it is so much easier to have a conversation. Conversational skills are pretty basic, as long as you have a common topic, passion and emotional connection, you will be able to talk about pretty much anything with her.

As for pick up lines, it’s all rubbish. it’s not so much what is said, but the energy behind what you said. I can rehearse the best pick up line and still not get a woman at all. On the other hand, my energy could be so full of good energy and positivity I could go up to a girl and say something random and still pique her interest in me.

So is it fun being a player?

Only for the first few months. As I was slowly discovering myself and fine tuning my strategy, I dated and slept with women who were half crazy. Sorry there’s no other politically correct way – they were half nuts. Some would call me crying in the middle of the night for no reason.

I first I thought I was an evil scumbag and I felt so guilty wanted to help them. Later I realised these women had baggage and were full of bitterness, so I stop seeing them. I forced myself to be come selective with who I dated, and now I’m seeing the love of my life and I want to marry and settle down.

Overall, I encourage men to seek themselves first. To discover who they are before they start dating and to work towards their life goals first. Everything else will come naturally.

Thanks Jerome for your valuable insights!